the Party committee of SDNU organized the teachers to watch the thematic film The Battle of Changjin Lake. Tang Zhouyan and Xu Shuangqing, the Party secretary and vice President of SDNU, participated in the activities. All the Party members and cadres together watched the film.

The film is set in the battle of Changjin Lake, one of the battles of The War to Resist US Aggression and Aid Korea. It tells a touching story of a volunteer army company who showed the stateliness of the People’s Republic of China in extreme harsh environments. After watching the film, the members of the Party cadres have been deeply influenced by the determination and heroic revolutionary spirit of the military soldiers in the film.

They said that they shall always remember the glorious history and carry forward the great spirit of the War to Resist US and Aid Korea. And a more positive attitude and more responsibility would be put into the future teaching and scientific research and management services of SDNU. 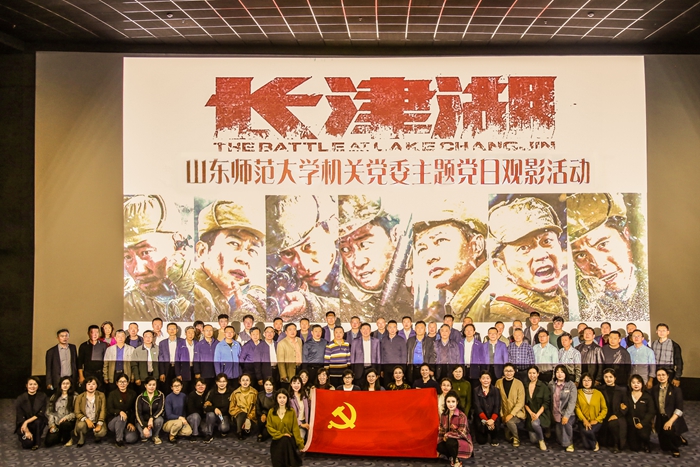