In order to promote the image of Confucius Institute at Kenyatta University, enrich the life of the students, let the students learn more about traditional Chinese culture and knowledge in various fields, and at the same time cultivate the ability and awareness of teamwork and make more friends, on February 28thof local time, Confucius Institute at Kenyatta University held the first Chinese Debate Competition, providing a platform of exchange for students who love Chinese and debate.

The competition is divided into two rounds,namely the preliminary and the final. Both the proposing team and the opposing team consist of three debaters, who can decide by themselves the roles of debater one, debater two and debater three. The topics in the preliminary round are: "Which is more important, friendship or love?” and “Which is better, cash or mobile payment?". The topic of the final is "Is it too late or not to start learning Chinese at 60?” 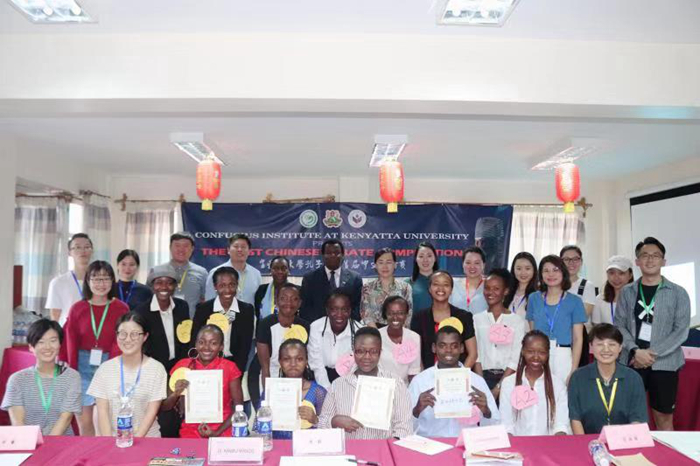 At the beginning of the competition, Chinese director Prof. Li Jing delivered her speech. She is very pleased that the students could register for this competition. She noted that this competition will enable students to strengthen their rational thinking ability and critical awareness, also it will help them view the situations more comprehensively and improve their Chinese proficiency. She also expressed her wish that this Chinese debate competition would be a complete success. 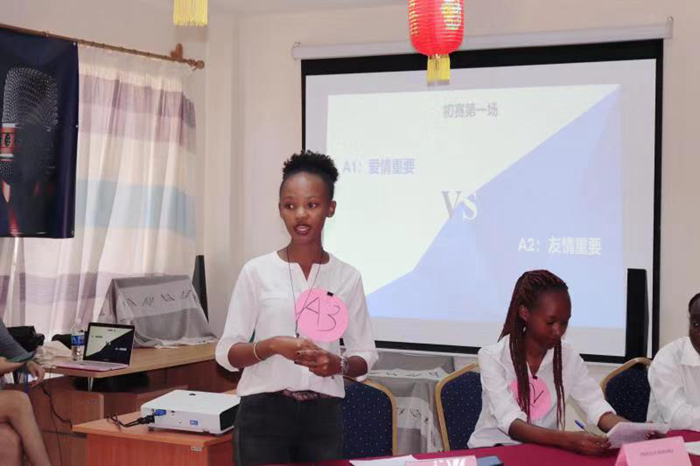 In the preliminary round, team Troy and team Super Girlsconducted a heated debate on "Which is more important, friendship or love?” and team Eloquent Mouth and team All Right debated on“Which is better, cash or mobile payment?".The students showcased their clear logic, standard pronunciation and excellent spirit. In the final, team Eloquent Mouth and team Troy presented a wonderful debate on "Is it too late or not to start learning Chinese at 60?” , which is full of powerful statements, excellent expressions and convincing truth. 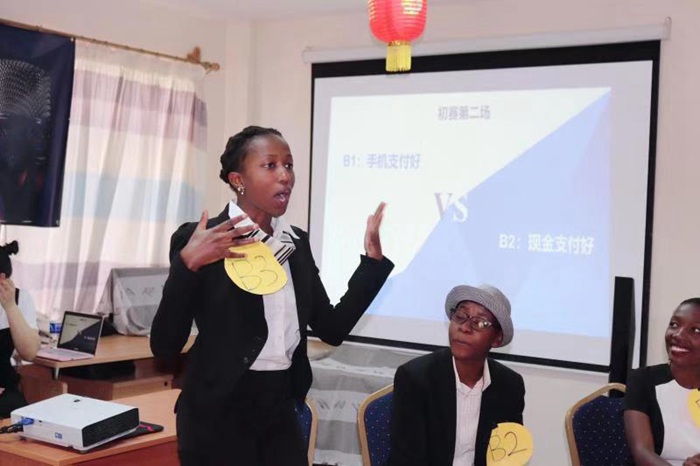 After the competition, local director Dr. Kamau Wango gave his speech. He was very proud of the debaters' performance and standard Chinese pronunciation. He hopes students can learn more Chinese knowledge in the competition. At the same time, he showed students the latest magazine of the Confucius Instituteat Kenyatta University. 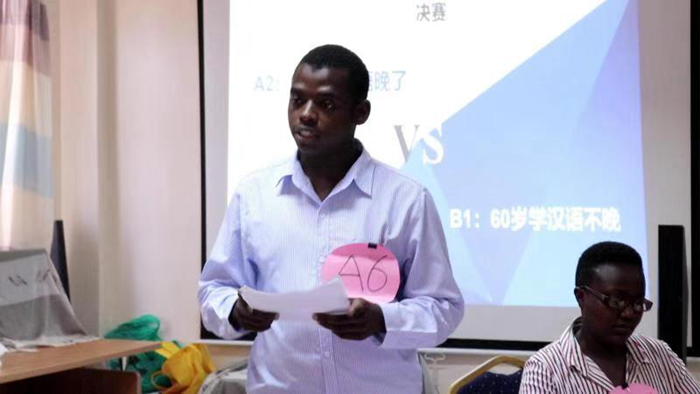 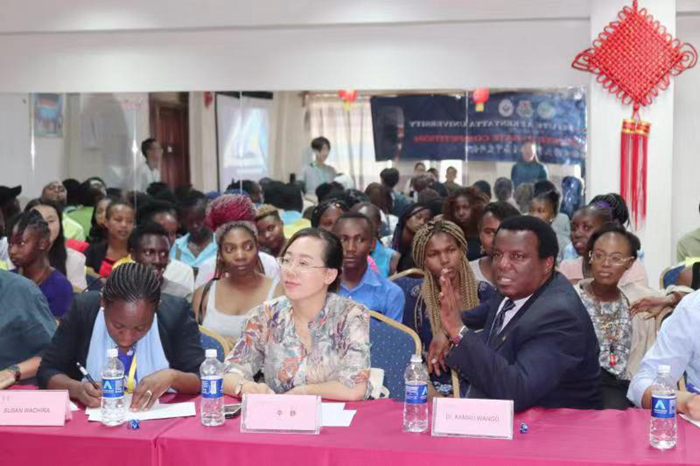 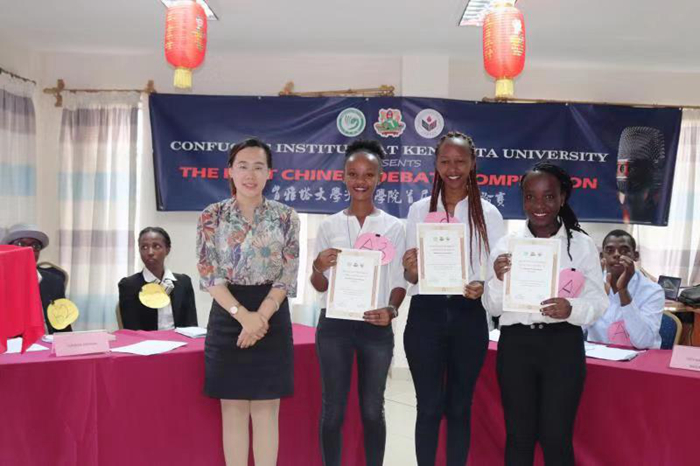 In the end, team Troy won the championship, and Swadik Kinga from this team won the title of the Best Debater. The Chinese and local directors jointly awarded the winning teams and the best debater.