CCTV Reports on Huang Guanjie’s Fighting Against the Epidemic in France.

Recently, CCTV-4 titled “Huang Guanjie – My Anti-epidemic Diary” reported in depth that Huang Guanjie, an alumnus of 1986 in the Department of Chinese Language and Literature of SDNU, used his diary to record the touching story of his compatriots fighting against the epidemic. Huang Guanjie is currently the director of the interview center of The European Times. Since the outbreak of COVID-19 in Wuhan, Huang Guanjie has been active on the front line of news coverage, reporting many stories of overseas Chinese donating epidemic supplies to China.On March 16th, after the lockdown was imposed in France, he wrote down what he saw and heard in his diary and published it on the official WeChat public account of the European times in order to give a voice to the overseas Chinese and let the world know about their efforts to fight against the epidemic. 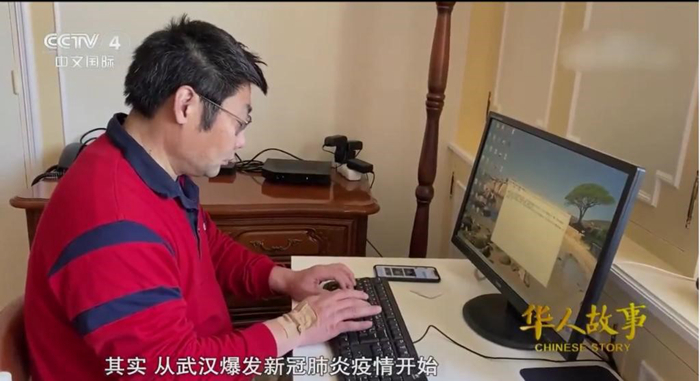