On September 6th, Tang Zhouyan, vice chairman of the Provincial Committee of the CPPCC and secretary of the Party Committee of SDNU, visited the Linyi Alumni Association and had a discussion with Linyi alumni representatives. Wang Huanliang,Party Committee Secretary of Linyi University, Sun Changsheng and Zhang Lifu, vice presidents of Linyi University, Liu Lei,President of Linyi Vocational College, Xu Dongsheng,director of Linyi Alumni Association, and representatives of some Linyi alumni attended the meeting.

Tang Zhouyan listened to Xu Dongsheng,director of the Linyi Alumni Association, about the work of the Linyi Alumni Association,Tang highly appraised and fully affirmed the outstanding achievements made by Linyi alumni in their respective careers, and thanked them for their long-term concern and support for the construction and development of SDNU. He said that this year marks the 70th anniversary of Shandong Normal University, and hehoped that they would often return to SDNU, actively participate in various activities to celebrate the 70th anniversary , make suggestions for the development of SDNU. 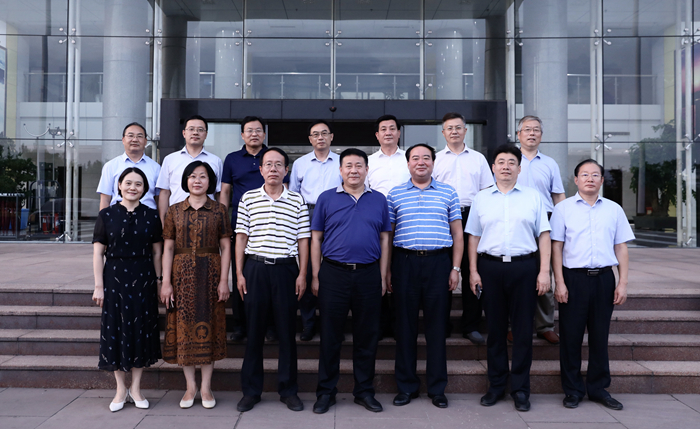