Professor Yang Yonghui Served as the General Director of the Track and Field Competition of the 14th National Student Games.

Recently, the Track and Field Competition of the 14th National Student Games was held in Qingdao, Shandong province. Professor Yang Yonghui from the School of Physical Education of SDNU served as the general director of the competition and led all the referees to complete the task successfully. 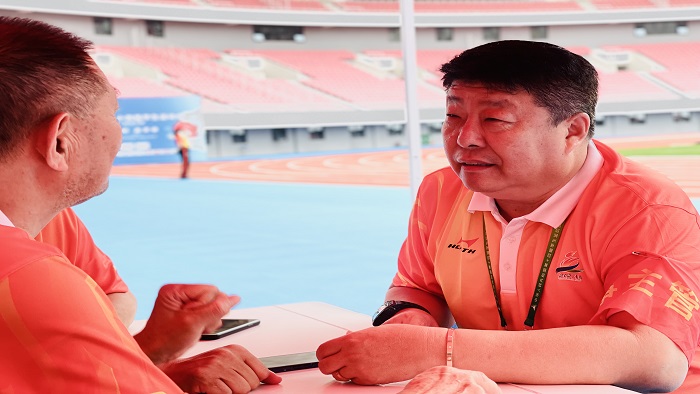 As the event director, Professor Yang Yonghui went to Qingdao twice before the games to inspect the equipment  of the track and field venues, and put forward a lot of constructive suggestions to the organizers, which were adopted. During the competition, he enforced the law impartially, scientific and rigorous and strictly controlled the site check, call scales, for college students' life safety and health of athletes and volunteers to escort. 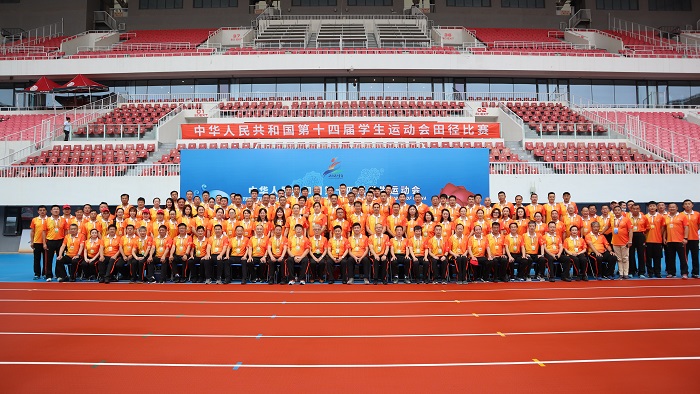 This competition is sponsored by the Central Committee of the Communist Youth League of the Ministry of Education, State General Administration of Sports, and organized by Qingdao Municipal People's Government, Shandong Provincial Department of Education. It is the largest national student sports meeting with the largest number of participants so far.