The signing activity was held in QianFoshan Campus. An Maobo, Party Secretary and Director of The Shandong Branch of the National Internet Emergency Response Center, and Xing Guang, vice president of SDNU attended the signing activity.Xing Guang extended warm welcome on behalf of SDNU and briefly introduced the development of SDNU and the School of Journalism and Communication. Xing guang pointed out it was a new beginning of in-depth strategic cooperation between the two sides, and the two sides should actively carry out all-round exchanges and cooperation. 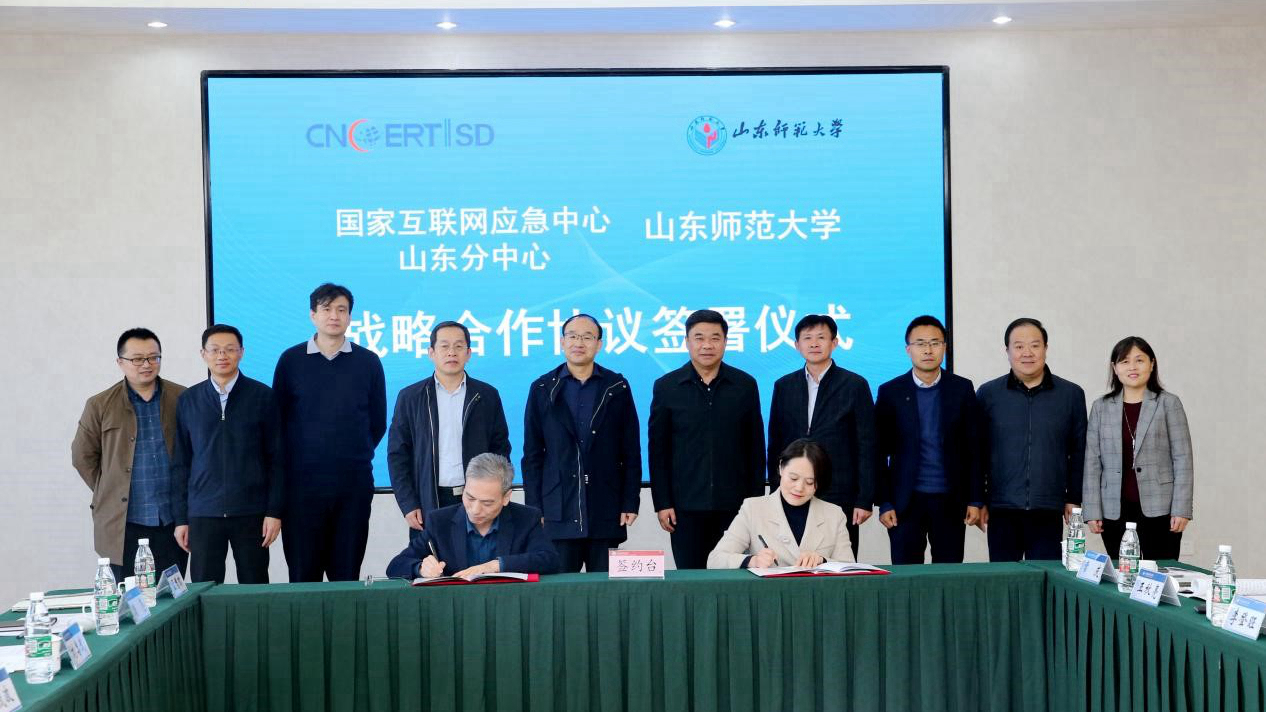 An Maobo congratulated on the signing of the strategic cooperation agreement between the two sides. He pointed out that the Shandong Branch of the National Internet Emergency Response Center had prominent advantages and SDNU had rich basic accumulation and practical experience. The signing of the strategic cooperation agreement played an important role in maintaining network information security and promoting the development of digital economy inShandong Province.