On January 8th, the first "Quancheng Scholarship" awards and outstanding university students' deeds report meeting was held on the Qianfoshan Campus. Man Baoyuan attended the meeting and delivered a speech. The award ceremony was presided over by Xue Chenggang.

Man Baoyuan congratulated the students who received the scholarship. He pointed out that the selection of the "Quancheng Scholarship" has a positive significance for the development of students. ,

In his speech, Su Xuyong hoped that the students in Jinan would follow the examples of the award-winning students, study hard and climb the peak. 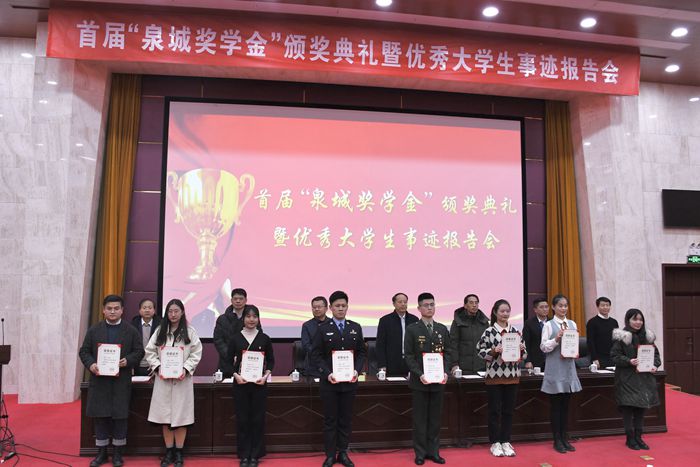 After the awards, the report meeting on the deeds of outstandinguniversity students was held. Seven award-winning students made typical speeches.

Before the meeting, Yao Dongfang and Man Baoyuan met with the leading guests.

It is reported that the "Quancheng Scholarship" aims to encourage students to work hard and love Jinan.

Translated by He Peilin