Academician of Chinese Academy of Sciences Xu Zhihong Came to SDNU to Investigate the Development of Quinoa.

On November 20th, Xu Zhihong, academician of Chinese Academy of Sciences and former president of Peking University and Xu Xuebing, director of R&D center of YIHAI KERRY group and their party came to SDNU to investigate the development of quinoa industry and carry out field investigation and research on quinoa industry planting base in Qihe County. Tang Zhouyan, Wang Chuankui and Kang Zhimin participated in the activity.

Tang Zhouyan welcomed Xu Zhihong for guidance, expressing his gratitude for their support and assistance in the scientific research work of SDNU. In recent years, SDNU had made positive progress in the field of quinoa breeding, large-scale planting, processing and sales. In the next step, SDNU will formulate relevant supporting policies, strengthen the in-depth cooperation with the government, scientific research institutions and enterprises, increasing publicity and promotion efforts, and continuously promote the quinoa industrialization process.

Xu Zhihong said that quinoa is an important crop for improving China’s agricultural planting structure and increasing the income of famers in economically underdeveloped areas. It is hoped that both sides will further strengthen exchanges and cooperation to the development of quinoa industry in China. 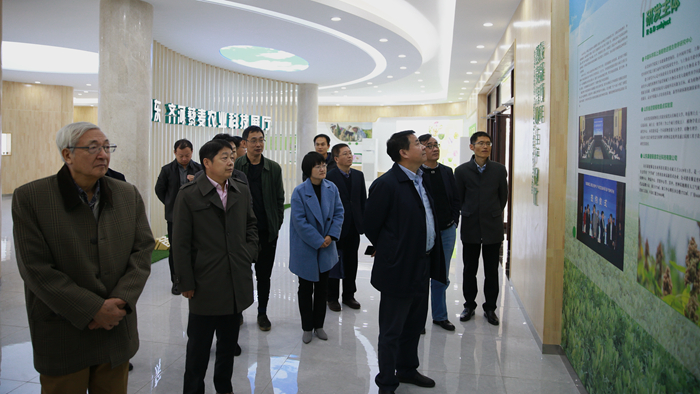