On September 23rd, the signing ceremony of a new round of strategic cooperation between SDNU and Shandong branch of Agricultural Bank of China was held in YinHe Building of ABC.ABC president Yi Hu,vice president Geng Shuming,SDNU president Zeng Qingliang and vice president Xing Guang attended the ceremony.

In his speech, YiHu looked back on the comprehensive business cooperation with SDNU over the past 20 years.At the end of the 13th Five-Year Plan and the beginning of the 14th Five-Year Plan, the two sides once again joined hands to start a new journey of strategic cooperation. 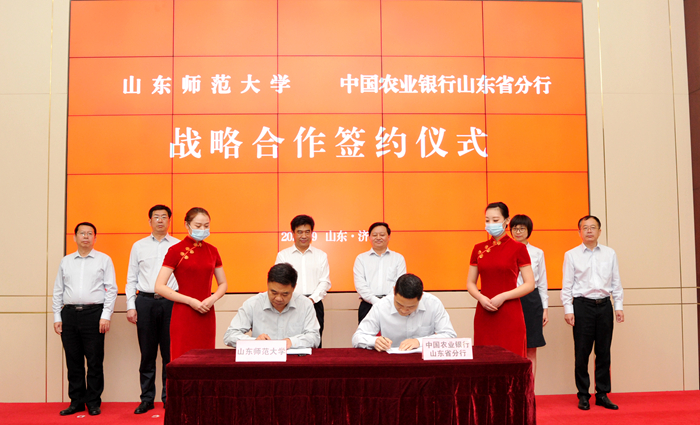