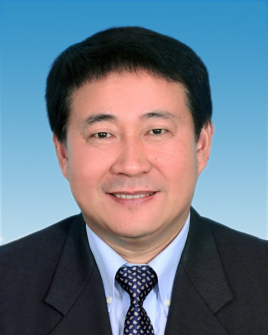 Tang Zhouyan,Secretary of the Party Committee of Shandong Normal University.

Tang Zhouyan, a member of the Communist Party of China, was born in November 1962 in Susong, Anhui Province. He received a bachelor's degree and a master's degree in philosophy from Nankai University and a doctor's degree in history from Fudan University. He once worked as the director of the first research department of the Central Literature Research Office, President and Secretary of the Party Committee of Shandong Academy of Social Sciences, and now he is the vice chairman of the CPPCC Shandong Province, Secretary of the Party Committee of Shandong Normal University, and a second-grade professor. He is the first batch of leading talents in Philosophy and Social Sciences in the national "ten thousand talents plan", the first batch of national cultural celebrities and talent of publicity and culture system , the chief expert of major projects of Central Marxism Theory Research and Construction, and the chief expert of High-end Talents of Think Tanks in Shandong Province, receives a special government subsidy of the State Council. He also works as the president of the National Mao Zedong Philosophy Research Association, and as a doctoral supervisor of many universities.

He has been engaged in the research on Mao Zedong thought, theoretical system of socialism with Chinese characteristics, Party History and Party Building for a long time. Since the 18th CPC National Congress, he has focused on theoretical innovation of the Communist Party of China. He has presided over 6 projects of NSFC, including major bidding projects and major entrusted projects of NSFC. His works have won the National Book Award, the third Government Publishing Award, the Best Work Award of the Publicity Department, CCCPC, the first prize of outstanding achievements in Social Sciences of Shandong Province and other awards.