[EVENTS] 100-day Countdown Event for the 70th anniversary of SDNU.

On July 21th, SDNU held a 100-day countdown event for the 70th anniversary of the founding in Changqinghu Campus, which was presided over by Vice-president Wang Hongyu. The event was broadcast simultaneously through SDNU’s official new media platform and poster news client. 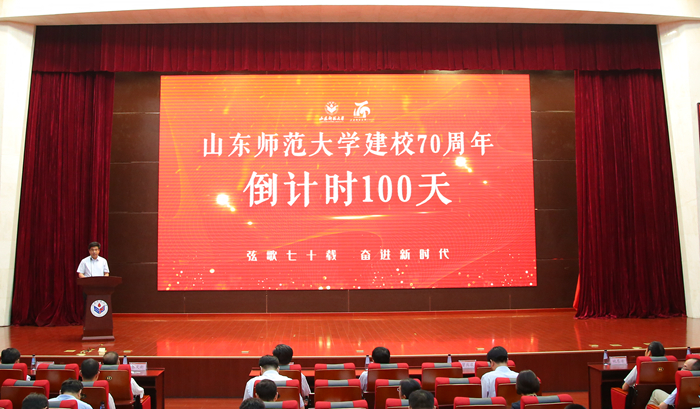 President Zeng Qingliang briefly introduced the work progress, and asked all departments to further strengthen sense of responsibility and sense of urgency in the celebration work. 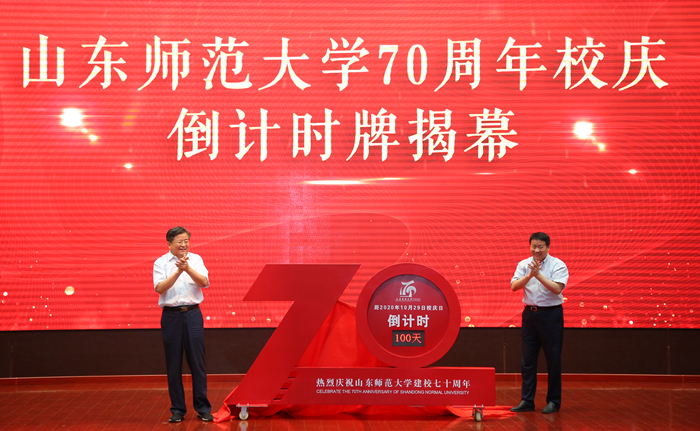 Souvenirs of the 70th anniversary of SDNU were displayed on the site, with the promotional video played. Nearly 20,000 people watched the live broadcast of the event on the online platform.